The four houses at I Mount Lane are situated in a central but secluded location within Chichester's conservation area. Planning was gained at appeal.

The completed project was granted a Heritage Award by Chichester City Council .

The development is made up of two pairs of houses and each pair has one three and one four bedroom house.

The problem of a narrow frontage and deep plan has been addressed by the inclusion of a single storey glazed central element. which brings light into the centre of the ground floor.

The building form steps down from three to two storeys at the garden side both to avoid overbearing in the garden but also in response to the open park beyond the site. 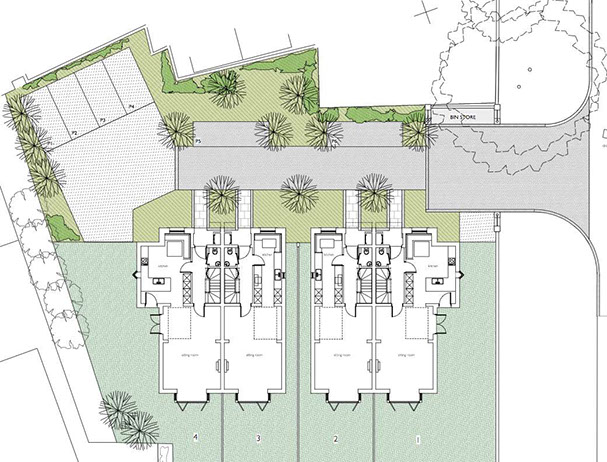 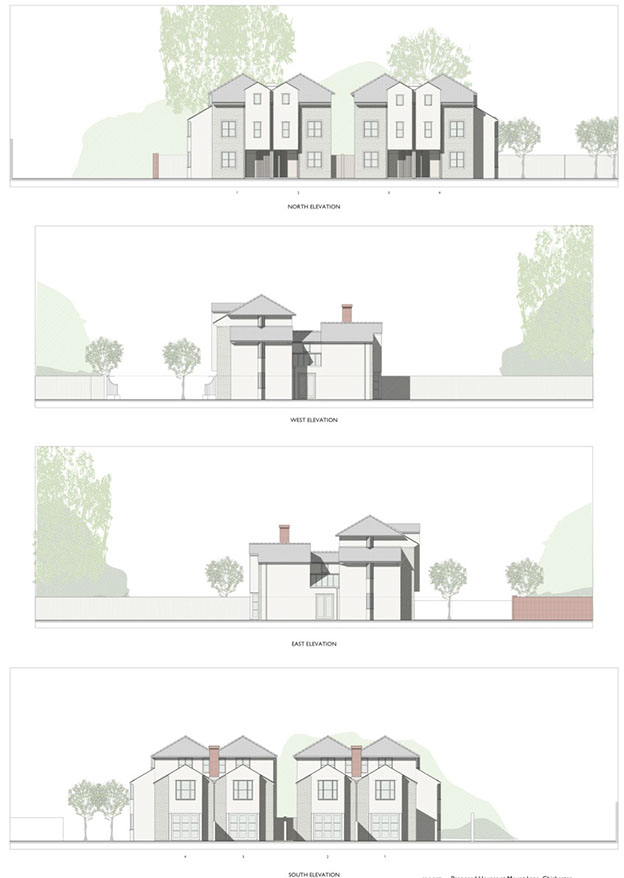 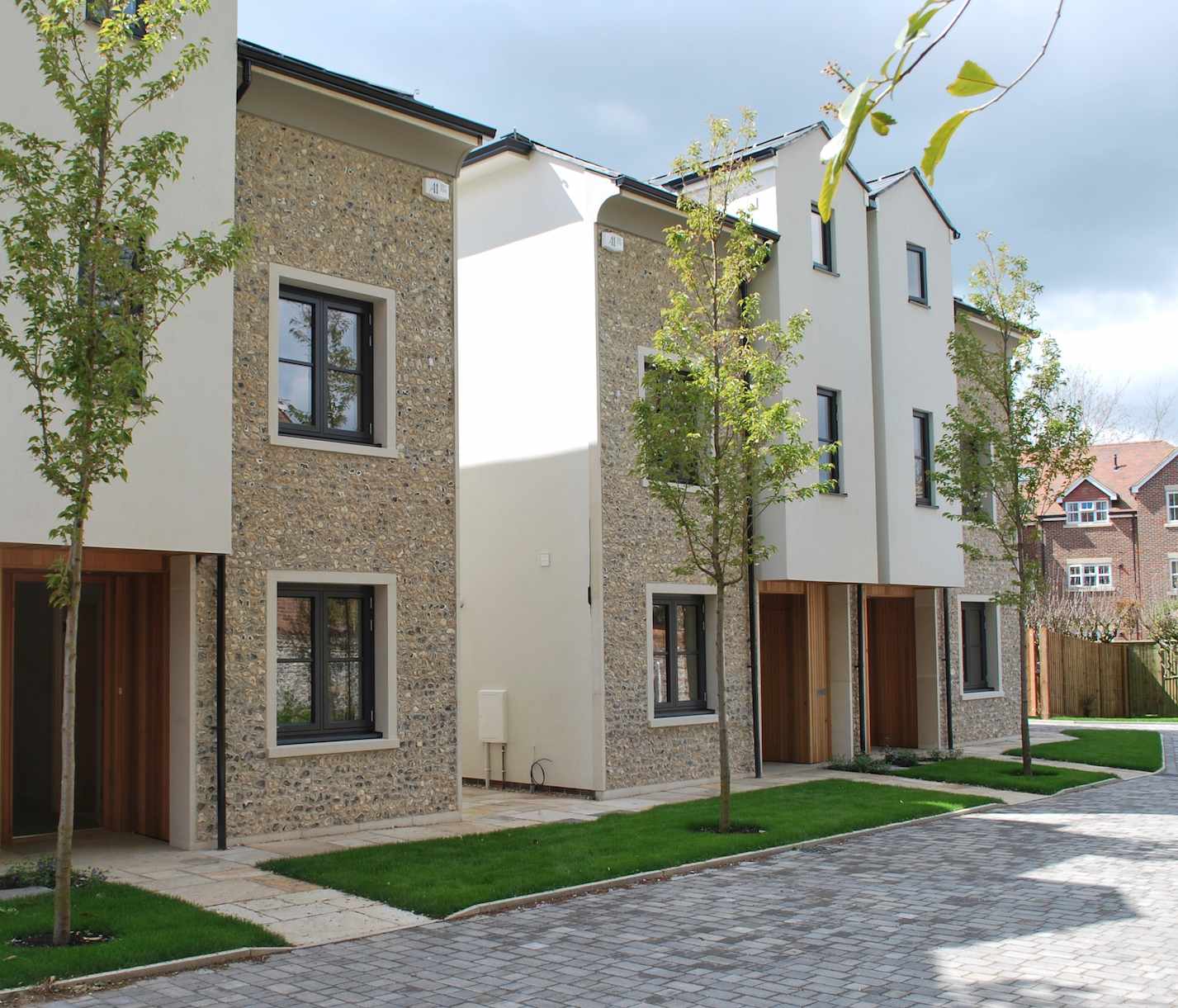